Slovenia and Switserland have little to do with eachother as it comes to Hitler. On this page of both countries one visit of Hitler is mentioned. Marburg belonged to Austria until 1918. Hitler’s trip to Switzerland remains a mystery so far. It is said he went there in 1923, but exactly where he went, is unknown. 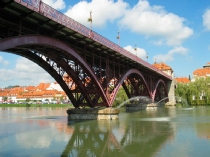 The old bridge of Marburg

The bridge was blown up on 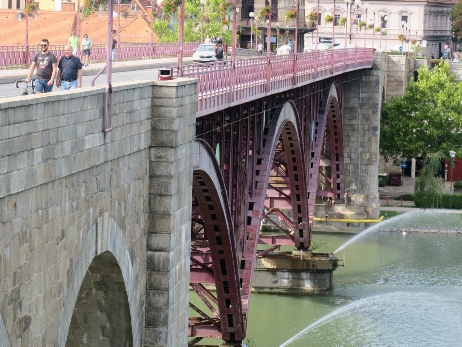 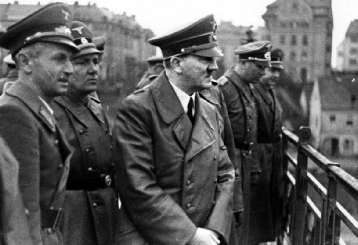 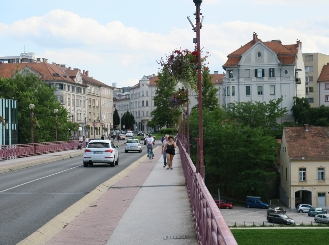 Hitler looking at the river. On the pictures the damage of the bridge is hard to see.It must be behind the group. (picture: Deutsches Bundesarchiv)

The houses in the back of the picture are still there. 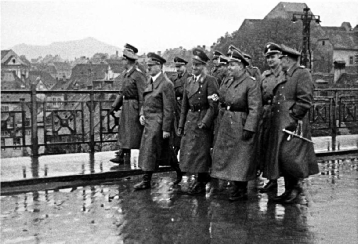 About the same location today

Further up on the bridge 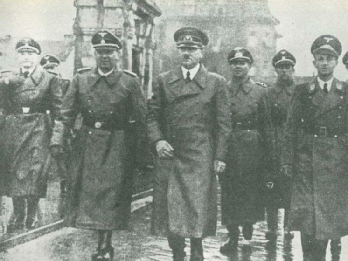 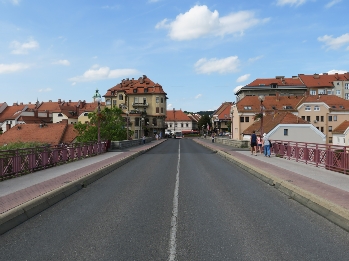 Hitler and his men walking from the city centre towards the damaged part. The pillar behind them survived, but today it doesn’t exist anymore.

The house on the one end of the bridge (on the left side) is still there. (picture: the Hitlerpages, 2019)

Hitler in Maribor, walking from the bridge back into the city. (picture: Deutsches Bundesarchiv) 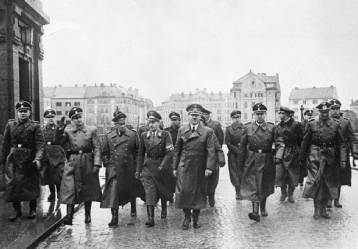 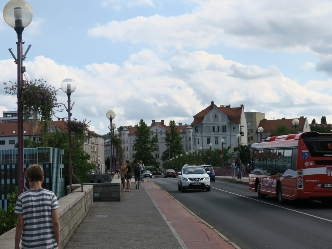 Hitler walking onto the bridge, coming from the city centre 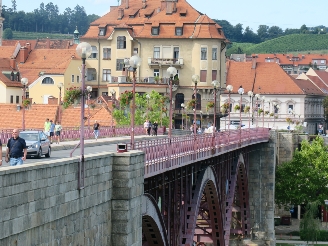 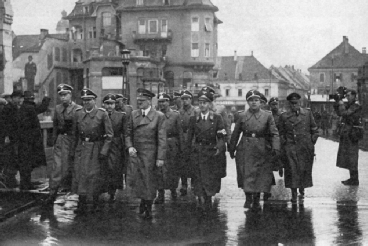 The bridge has been restored. The houses near the bridge are merely the same.(picture: the Hitlerpages, 2019) 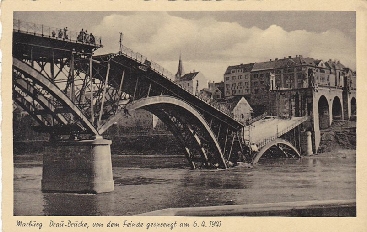 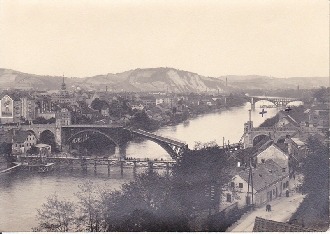 The part of the bridge was still there when Hitler visited Marburg. Hitlers photographer probably did his best not to show the damage. (pictures: postcards, 1941)