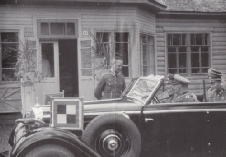 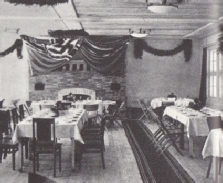 The army headquarters in Smolensk. The Germans on the picture are ready to leave for an inspection of the area in September 1942.

Captain Von Bülow and Phillip von Boeselager inside the headquarters

The Officers Mess where the attack on Hitler’s life was supposed to have taken place.

Von Kluge’s room. Von Kluge led the army group until he was injured in October 1943. 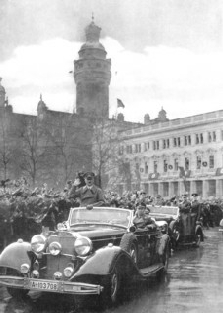 Today: The castle burned down after a bombing in 1944. The walls of the castle tower and other remains were removed by the Soviets.  The Zentralplatz must still be there. There is talk about opening the cellars of the castle for the public. Today the former Soviet House is there

Hitler was in Königsberg on March 25, 1938, the date Hitler began the Anschluss campagne (his last political campagne) in Königsberg.

A picture of the old castle 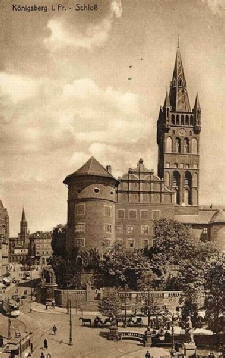 Some places that are Russian now, used to be German. That makes it difficult to trace a location, because the German names that are used in the written sources have changed into Russian names. Hitler came to cities like Gumbinnen and Königsberg already before he became chanselor. Other places were visited by Hitler during the attack on Russia. 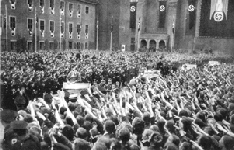