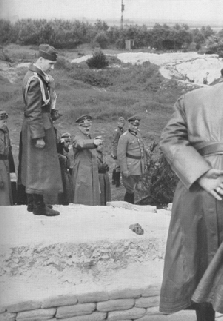 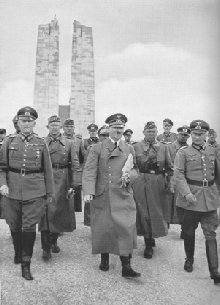 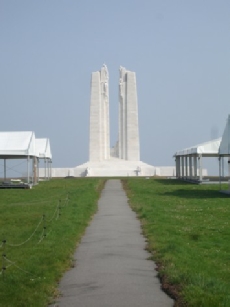 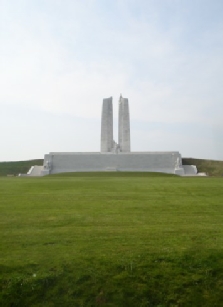 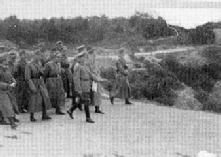 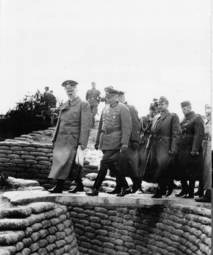 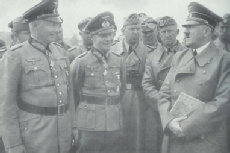 talking to Hitler.This picture was probably taken at the Vimyhöhe.

The cars driving past the station

Today: There’s a new station on this location.

The cars drove on through Arras, where they passed city hall and the station. After that they went to Douai. 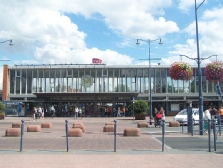 The cars drove on through Arras, where they passed city hall and the station. After that they went to Douai. 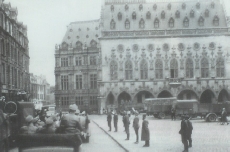 The city  hall of Arras

Today: Gone. Only a bridge that belonged to the castle was still there.

At 8.30 a.m. on June 2, 1940 Hitler and his men drove away from the castle de Brigode for a journey through the northern parts of France.

The cars drove through Lille to get to Pont-à-Marcq. 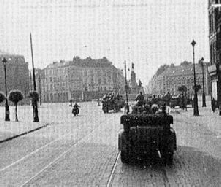 Next on the route was Avelin where Hitler met general Adolf Strauss. 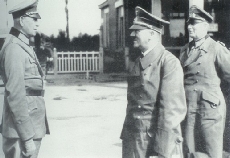 The cars drove through Seclin, Carvin and Lens on their way to the Vimyhöhe.

The cars drove through Nouville and Souchez to the Loretto-höhe. 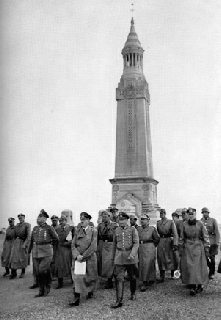 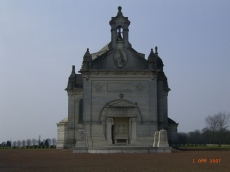 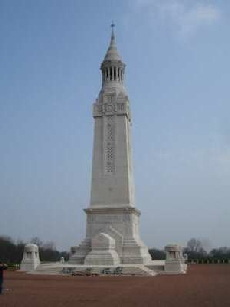 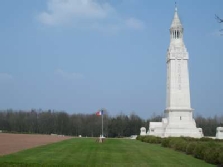 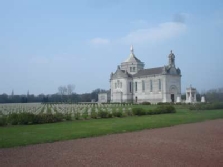 When the column of cars had past Douai  they crossed a railroad track at Sint-le-Noble, on the way to Bouchain.

The road has been lifted by a bridge. The road still runs between the houses. 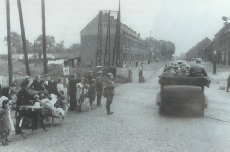 Today: Still there. The tower has been open for the public in the past. I’m not sure about that today.

In Bouchain Hitler met general Walter Heitz, who gave a presentation on top of the tower l’Ostrevant. They walked along the Rue d’Ostrevant to get there. Hitler wanted to know why in the Bouchain area the German army was stopped for about a week. The tower was chosen because it gives an oversight of the region.

Hitler and General Heitz on the Rue d’Ostrevant

Above: On the roof of the Tour l’Ostrevant 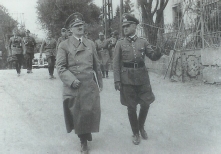 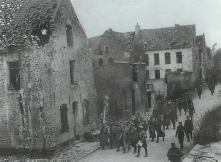 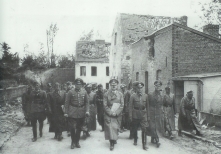 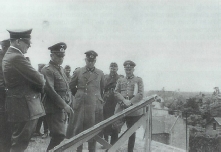 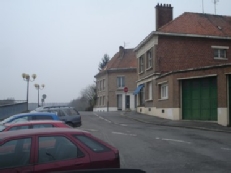 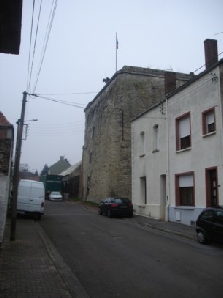 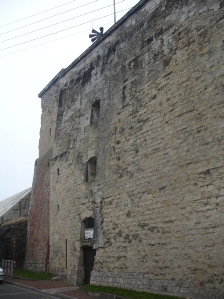 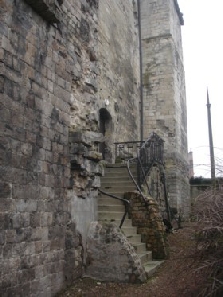 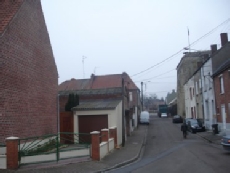 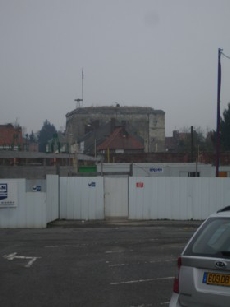 Left: The Rue d’Ostrevant. Hitler and his group walking towards the tower.

(picture: Heinrich Hoffmann, 1940)  Right: The same street. In both pictures the same wall is in the background. (picture: the Hitlerpages, 2009)

Left: The Rue d’Ostrevant: Hitler and his group walking back to the cars

All three pictures above: The Ostrevant today

Going to the airport of Niergnies the cars went through Cambrai.

The German troops stood along the road to cheer Hitler on.

Location: Airfield Cambrai/Niergnies, along the D960 or Route de Guise, on the Rue de l’Argilierre, south of the village of Niergnies

Today: There’s still an airport at this location.

On Niergnies Airport Hitler met General Ewald von Kleist. The group had a meal and after that they got on the plane to Charleville. They left at 3.00 p.m. They landed in Charleville at 4.00 p.m. 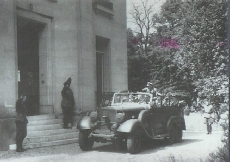 On June the first and second, 1940 Hitler was driven through Belgium and the north of France. In the morning of the second day of June he left Annappes to meet several generals. He also went to the Vimyhöhe, a location he had not seen during the First World War. In Bouchain Hitler went to an army presentation on a tower that overlooked the region. After that he met more generals in Cambrai and Charleville-Mézières. At the end of the day he went back to the Felsennest in Germany. All of the mentioned locations are in France, unless otherwise indicated.